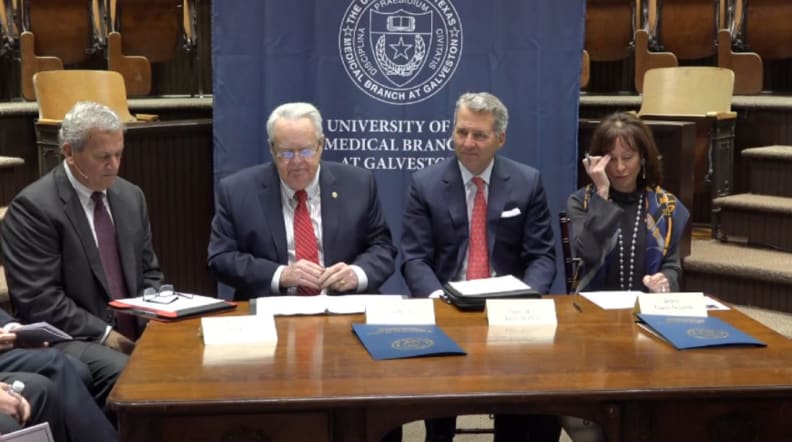 The University of Texas Medical Branch is naming its school of medicine the “John Sealy School of Medicine” in honor of the 19th century Texas entrepreneur and philanthropist and the foundation that was established decades after his death to continue his legacy of support.

Over the past 100 years, The Sealy & Smith Foundation has contributed more than $1 billion to UTMB, one of the largest cumulative contributions in history to an American institution.

“On behalf of The Sealy & Smith Foundation, we are grateful for this incredible recognition from UTMB and the Board of Regents of The University of Texas System,” said John Kelso, Foundation president. “UTMB’s School of Medicine has long been a leader in medical education, research and clinical care. We are honored to contribute to UTMB’s mission to improve health in Galveston and, in doing so, help the university expand its impact on the health of our region and well beyond.”

The Sealy & Smith Foundation was formed in 1922 by John Sealy’s descendants — son John Sealy, daughter Jennie Sealy Smith and son-in-law R. Waverley Smith — for “the support of a charitable undertaking in the City of Galveston, Texas.”

With its mission to ensure health care for the residents of Galveston and the relationship with UTMB, the foundation is the largest single-entity contributor to a University of Texas System institution.

The organization’s support over the past 100 years has positioned UTMB as a leader in health sciences education, research and patient care delivery. Thanks to Sealy family and Sealy & Smith Foundation support, UTMB—the state’s first medical school—has grown into a major academic medical center that continues to care for Galvestonians while improving health worldwide.

The Foundation’s contributions have been instrumental in starting and supporting initiatives vital to the university’s mission. Examples include construction of UTMB’s hospitals, the establishment of the Galveston National Laboratory and groundbreaking research to address COVID-19. Nearly every building on the Galveston Campus has been constructed and/or renovated through major Sealy & Smith Foundation grants.

“We are deeply grateful to John Sealy, his family and The Sealy & Smith Foundation for their role in establishing, sustaining and growing UTMB. They have always been committed to supporting health sciences education, medical research and clinical advances, with a vision rooted in the health of Galveston but also benefitting our state, nation and world,” said Dr. Ben Raimer, UTMB president. “It is a most fitting tribute that the state’s first school of medicine be named for John Sealy. Through the generosity of the Foundation that carries the Sealy and Smith names, we will continue to fulfill our mission of improving health well into the future.”

The Foundation’s support can be felt both locally and nationally in all areas of UTMB’s mission.

The Sealy & Smith Foundation gave $7.5 million to construct the first full-sized Biosafety Level 4 laboratory on a U.S. university campus. The John Sealy Pavilion for Infectious Diseases Research and its high-containment lab opened in 2004. That gift—and the resulting expertise UTMB gained in safely operating a BSL4 laboratory—were leveraged to attract more than $170 million in federal, state and philanthropic funding to construct the Galveston National Laboratory. Since opening in 2008, the GNL has been the site of pioneering research to understand, prevent, diagnose and treat infectious threats to human health—including Ebola, Zika and COVID-19, among others.

The foundation helped create the Sealy Institute for Vaccine Sciences and a Vaccine Clinical Trials Program that has conducted multiple COVID-19 trials, including Moderna, Pfizer and the “Mix and Match” booster trial. The program contributed data for the Emergency Use Authorization and licensure of COVID vaccines in both children and adults.

With an eye toward the future, the foundation recently gave a $16 million gift to establish the Sealy Institute for Drug Discovery to fund innovative scientific approaches to counter numerous diseases.

The John Sealy Memorial Endowment Fund for Biomedical Research at UTMB was initiated with a $25 million challenge grant from the Foundation and has grown to a value of over $180 million. The funds sponsor biomedical research projects on a wide variety of topics to prevent and treat disease and injury.

Throughout its 100-year history, the foundation has also provided the funds for 30 faculty endowments, cumulatively valued at over $80 million, to advance the work of UTMB faculty experts.

The foundation keeps a sharp focus on health needs of the local community. Most recently, the organization has provided funding to modernize systems at St. Vincent’s House Clinic, which provides health care to the underserved and those in need in Galveston, and to the Teen Health Clinics in Galveston schools.

Perhaps the most visible modern-day reminders of Sealy & Smith Foundation philanthropy are the two major hospitals in Galveston. In 2010, the foundation contributed $170 million toward construction of the $438 million state-of-the-art Jennie Sealy Hospital. In 2015, the organization committed $100 million for a major interior and exterior modernization of the adjacent John Sealy Hospital.

The Sealy’s family contributions to UTMB and Galveston date back to 1884, when a bequest by businessman and banker John Sealy was dedicated to building the first John Sealy Hospital. Construction of the hospital played a critical role in the state’s decision to establish a medical school in Galveston, which would later become UTMB. For 30 years after John Sealy’s death, the Sealy family contributed significant personal funds to further develop the Galveston campus before forming The Sealy & Smith Foundation.

The UTMB School of Medicine has had the distinct honor of training exceptional physicians in Texas for 130 years. With an interprofessional education philosophy, sophisticated simulation technology, world-class research programs and access to the comprehensive UTMB Health System, the school offers its students a wide range of training experiences and opportunities. The newly named John Sealy School of Medicine will continue that longstanding tradition of excellence.

What is your reaction? 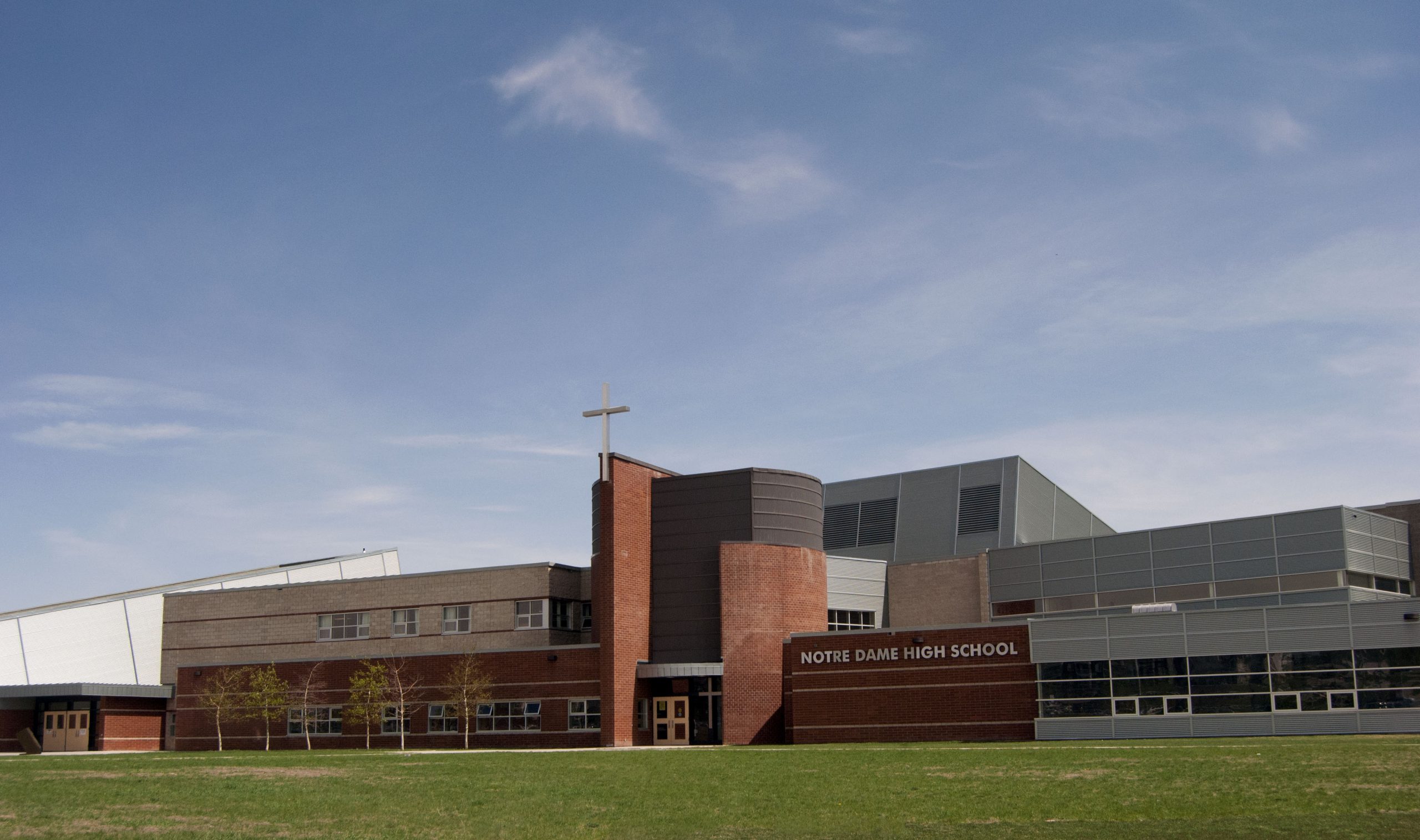 Health-product companies are scaling back operations in the country, but say they have a responsibility ...
By Hugo Elliot
March 14, 2022 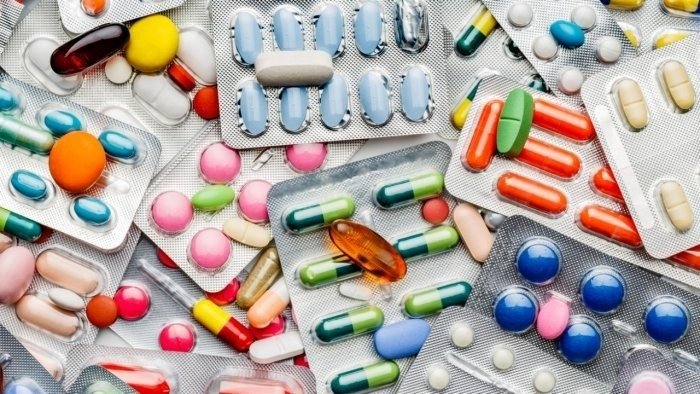 Pharma companies still supplying medicines to Russia, but some impact being felt

Although many multinational companies have stopped operations in Russia or aren’t sending their products there, ...
By Hugo Elliot
March 13, 2022